HST Advice – Straight From the Taxman Himself 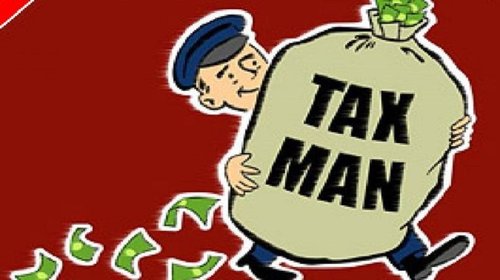 Recently I had the opportunity to have coffee with none other than The Evil Tax Man (who was actually really nice). This arose from a surprise phone call I received from CRA, wherein they apologized for dropping the ball in processing an HST filing from 2012. They simply needed copies of a few basic documents to rectify everything (and, like every business owner, I just had to dig them out of my massive box of unorganized paperwork).

The CRA rep and I arranged to meet at Tim’s, which gave me the opportunity to ask lots of questions. As a safety precaution, I did have garlic in my pocket :).  Here are a few of the best tips he gave me:

When businesses collect HST from customers, they hold the funds for the government before they must remit them. Open a second bank account to keep the funds separate from the general operating bank account. All too often businesses use HST in general operations as they collect it (sometimes due to poor cash flow) and then have problems scraping funds together later on to pay the government. In other words, the funds get used like a line of credit, very often businesses begin to fall behind in their remittances, and the black hole starts. Even if the business goes bankrupt, HST that is owed to CRA is never forgiven nor forgotten, and the business owner is personally on the hook for it. By keeping HST in a separate bank account, you avoid this headache (and avoid a false sense of security from artificially propping up your business with the HST you collected).

Board of Directors can be Liable for HST

Too often members of the Board of Directors don’t realize they can be personally liable for HST and employee remittance payments. Even if you’re not involved in the day-to-day operations of the business and the business is incorporated, you’re not immune. Before joining a Board, make sure they are up-to-date on HST filings and all source deductions (i.e. CPP and EI) have been remitted; then make sure they continue paying HST and source deductions while you sit on the Board.

Apparently when people receive letters or phone calls from CRA, they usually ignore them and assume the taxman will just go away. Seriously. If CRA calls asking for information or clarification, just answer the questions or provide the requested paperwork so they will stop phoning.  Keep in mind that you’re dealing with the revenue-collecting arm of the Canadian Government, not that sketchy captain who keeps calling to announce the free cruise you won if you’ll just give your credit card info. CRA has the power to freeze accounts, seize property and issue heavy penalties. Unless you plan to live completely off the grid for the rest of your life, never collect a GST refund, never collect universal child care benefits, and never collect on your RRSP, then CRA is going to catch up to you eventually. Chances are the rep you’re dealing with just wants the file closed, and then everyone can move on.

If you have any questions, don’t hesitate to ask.